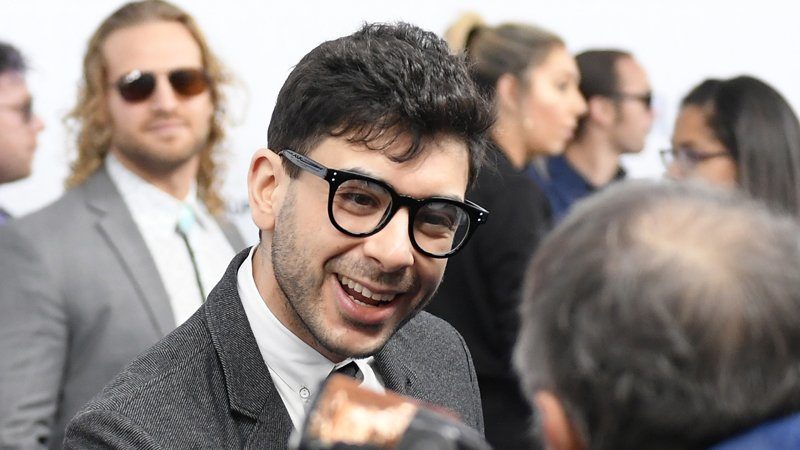 Will Tony Khan bring New Jack to All Elite Wrestling? The ECW icon has been involved in some some controversial moments in his professional wrestling career, from the Mass Transit incident to his rivalry with Vic Grimes in XPW. While the former ECW Tag Team Champion hasn’t been in a wrestling ring since 2016 things might have just changed as New Jack recently tweeted that not only have doctors cleared him to wrestle once again but he has interest in joining AEW. Tony Khan recently revealed this AEW signing surprise photo.

New Jack tweeted the following remark: “The Doctor has given me the greenlight,all systems go..AEW can you hear me”

It seems unlikely that AEW would ever sign the fifty-eight year old New Jack but a New Jack-Jon Moxley match or New Jack-Eddie Kingston contest would definitely be a site to be hold. You can view the tweet below.

In other news regarding AEW Chairman Tony Khan recently discussed having more fans at AEW Dynamite events and eventually taking the show on the road in a post-Revolution media scrum. Khan stated the following quotes.

“I think we’re going to take it every few months at a time,” said Khan. “Right now I can’t say it’s where we want to rush out and pack arenas indoors. But I think doing outdoor shows we’ve had great success. There have been, I think seven, maybe eight months of running AEW events, now with live crowds, outdoors, social distancing, fans masks. There’s been zero known transmissions; AEW and the Jaguars we’ve been running these shows at roughly 20% to 25% capacity since the summer. We’ve had zero known transmissions and I think there’s something to do that.”

“At the Super Bowl and the College Football National Championship game, I did sit out in the crowd at both of those games in my pod. I felt it was a very safe experience. And I thought ‘would I have felt as good, right now, with everything going on about being inside in the same environment?’ Probably not.

“What I’d like to do is slowly increase capacity, but not put the pods too close together yet. And as we learn more and more about the transmission of the virus then we can go and make a plan for touring. But right now for Double or Nothing I think it was just too soon to try and pack an arena.” Tony Khan revealed that he attended this surprising WWE NXT show.

The Doctor has given me the greenlight,all systems go..AEW can you hear me