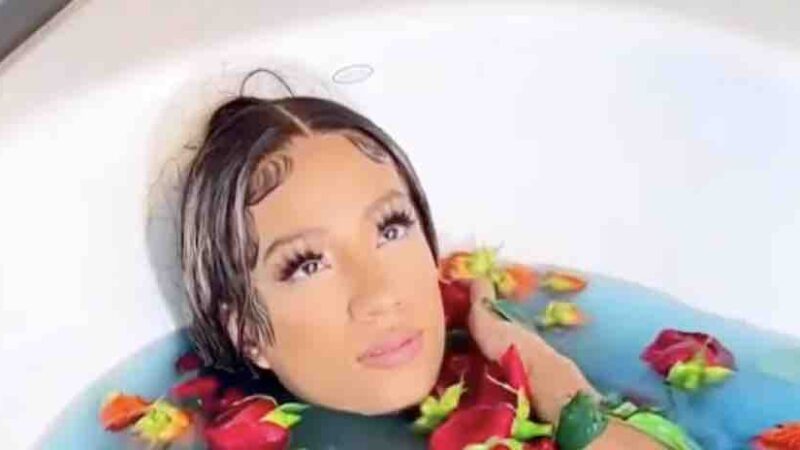 WWE star Sasha Banks often posts on her Instagram account. This time around she has shared a stunning behind the scenes video clip an upcoming shoot by Orlando-based photographer and content creator Jessie Dee. In the clip, Banks can be seen soaking wearing just a red bikini with petals floating in the water as she poses up a storm for the camera.

She wrote alongside her post: “Speak your heart don’t bite your tongue.”

Banks and Naomi had walked out of Monday Night RAW due to creative differences. There have been various sides to the story already reported, including that the WWE Women’s Tag Team Champions confronted WWE Chairman Vince McMahon over their issue. There have been many speculations over the past few weeks. NXT star Amari Miller who joined the company last year, has found herself amid controversy after her comment on Sasha Banks.

Naomi and Banks were seen acting as models for New York Fashion Week. ‘The Boss’ also recently made an appearance at the Chicago Comic & Entertainment Expo. She had fan interaction and posed for photos as well. She also slammed the security to defend a fan. Banks also gained more popularity in her acting endeavor as Koska Reeves on Disney Plus hit ‘The Mandalorian’ set in the Star Wars universe. Banks also recently revealed her charges for a personalized Cameo video.

WWE Chief Content Officer Triple H has brought back several stars who had departed the company. With controversy surrounding Banks and Naomi, fans are waiting to know what the future holds for the duo. The fans have been hoping for Banks and Naomi to make their returns.