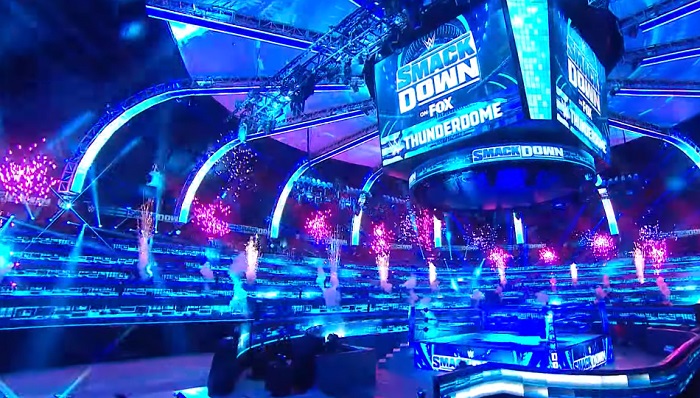 Last night’s episode of WWE SmackDown was the first since the WWE Draft. The broadcast drew an average of 1.987 million viewers in the overnight ratings. These stats come curtesy of Showbuzz Daily.

SmackDown also drew well in the coveted 18-49 demographic. The show hit an average 0.5 rating, making it the second highest for the night behind Shark Tank.

The number can still change, however if this is correct then it is down from last week. The SmackDown WWE Draft edition from October 9th drew an average of 2.178 ,illiom viewers. The show also hit a 0.6 rating in the aforementioned 18-49 demo.

For the ‘season premiere’ episode following the WWE Draft it’s not a great sign that the viewership dropped, considering that the blue brand has a whole new look. Next week’s episode will be airing on FS1, so likely the show will take an even more significant hit in ratings.