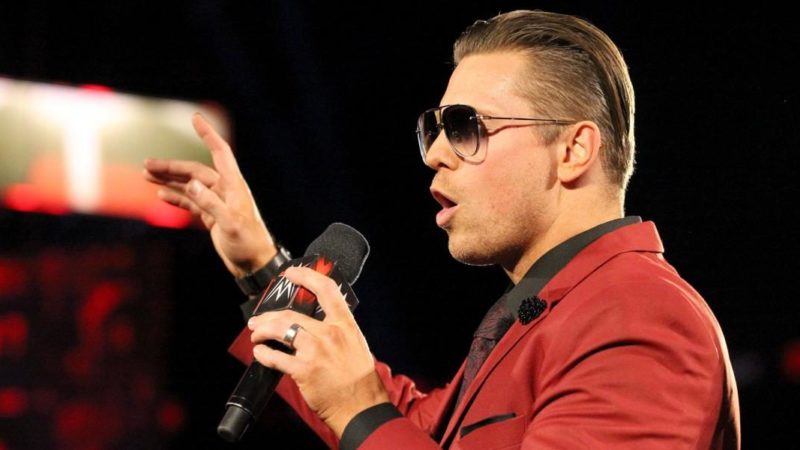 The Miz is champ! But could it end in a surprise Raw title match? In a shocking finale to the 2021 edition of WWE Elimination Chamber pay-per-view event, The Miz won the WWE Championship after cashing in his Money in the Bank briefcase on Drew McIntyre after Bobby Lashley beat him down. McIntyre had just won the Raw Elimination Chamber matchup by defeating former WWE Champions such as Randy Orton and AJ Styles. However, while plans are always ‘subject to change’ there is good reason to believe that The Miz might not hold on to the WWE Championship for long. The Miz was ‘buried’ by WWE creative before his title win.

As Bleacher Report has reported, international recording artist Bad Bunny has been training for a match at WrestleMania 37 this year, which takes place at the Raymond James Stadium in Tampa, Florida. According to Wrestling Observer Radio, the current plan up to this point has been for Bad Bunny, along with Damian Priest to take on The Miz and John Morrison in a tag team match.

In other news regarding the newly crowned WWE Champion, The Miz recently spoke on ESPN’s SportsNation to make his case why top NFL player J.J. Watt should join his hometown team – The Cleveland Browns. The Miz stated the following during the show.

“You wanna win a Super Bowl? You want a team with a winning mentality?” The Miz said on the Feb. 19 episode of SportsNation. “Are you sick and tired of losing and losing upon losing? Do you want a city that is behind you 100 percent? You did wonders, amazing things for the Houston Texans — for the city of Houston — and you’ve done so many charities; I’ve watched you raise money for this city. You know what other city would love to have you that would embrace everything that J.J. Watt has? And not only that; you get to go against your brother and beat your brother down twice a year.”

He continued: “How much can we offer you? Whatever you need, we got it. We got the money. We got the draft picks; we’ve got everything that you need, that Cleveland needs to win a Super Bowl. Come to Cleveland, J.J. Watt, and you too will be awesome — and have a Super Bowl ring.”