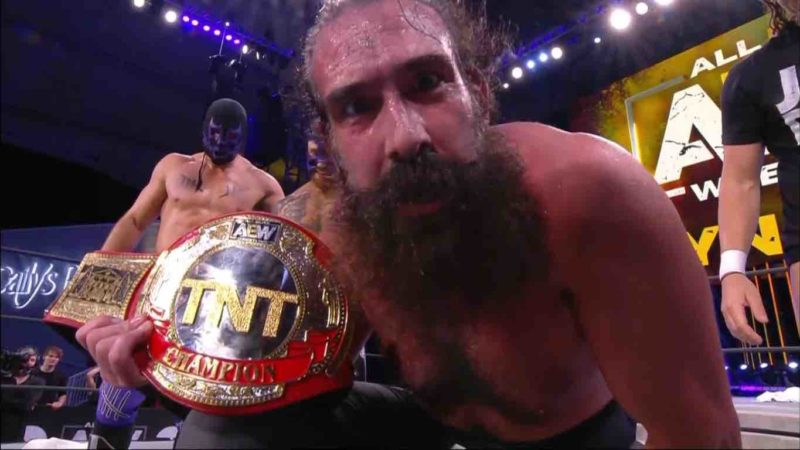 The Brodie Lee cause of death has been a discussion since the former TNT Champion’s tragic passing, with doctors’ treatment of his lung ailment being detailed. On the latest episode of Konnan’s podcast ‘Keepin’ It 100′, former WCW Cruiserweight and Television champion Glenn ‘Disco Inferno’ Gilbertti discussed the passing of AEW’s Exalted One, whose real name was Jon Huber, and touched on the former PWTorch writer, Bruce Mitchell controversy. Wrestling-Edge transcribed the comments below.

Konnan: It came out of nowhere, plus they gave him a big push and he had gotten over, ya know?

Disco: Hold on, what’s the cause of death then?

Disco: Just give us the cause of death! The guy died in the wrestling business at a very young age.

Konnan added that he also would like to know the cause of death. The trio then discussed the controversy revolving around now former PWTorch writer Bruce Mitchell, who was fired from the outlet after thirty years for posting a column that inaccurately connected Brodie Lee’s official death to COVID-19 and wrongly speculated that there was a potential cover up involved.

Konnan: So how did [Bruce] Mitchell get heat? I don’t exactly understand.

Feeney: Mitchell basically got heat for saying in his article that this ‘looks like COVID, sounds like COVID, smells like COVID – if it’s COVID and they’re hiding it from us, it’s a big problem, so they should release the cause of death.’

Disco: Right, what [Mitchell] was saying was not unreasonable. They aren’t being fully transparent because we don’t know what the cause of death is yet. It’s very weird that the guy had the typical symptoms that you see from COVID, and it’s like, ‘OK it’s not that but we don’t know what it is.’ My general curiosity is gonna press you until we find out what exactly happened.

AEW paid touching tribute to Brodie Lee on Wednesday’s Dynamite, while WWE honored him under the Luke Harper name on Raw and Smackdown.