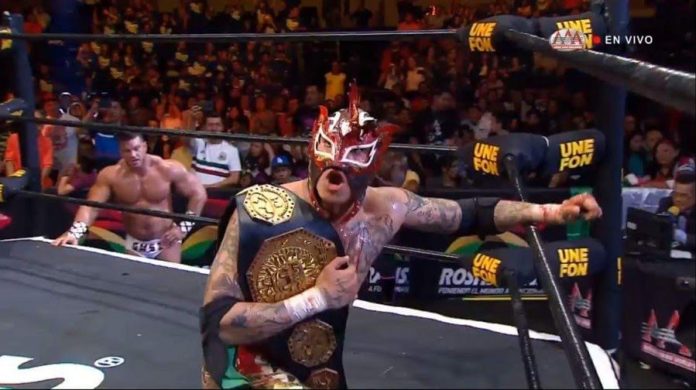 Outside of the WWE, two of the best talents around are the Lucha Bros, Pentagon Jr. and Fenix. Both former Lucha Underground Champions, they’ve been a part of some incredible matches, both with and against each other.

At the moment, the duo is the Impact Tag Team Champions, involved in an intense feud with LAX. Aside from Impact Wrestling, though, you can find them in several promotions throughout the world. Recently it was revealed that they had joined up with All Elite Wrestling, and are set to take on the Young Bucks at the Double or Nothing event in May.

Recently, Fenix was interviewed by Wrestling Inc, where he discussed his work in various companies, the injury scare that took place at AAW, and why it’s so important to him to help the growth of Lucha Libre. Like many wrestlers outside of the WWE, he loves the freedom he has, as he’s able to work with basically whoever he wants. That’s why he says he didn’t sign with them.

We are in every company now except for WWE… because their contracts are nuts. The time is coming up (to stick with one company). I don’t know if it’s WWE. I don’t know. Right now is the best because I can wrestle whatever wrestler in MLW, AEW, AAW, Japan, England, Mexico… I’m free and I love it.

You can check out the full discussion on the latest WINCLY Podcast.