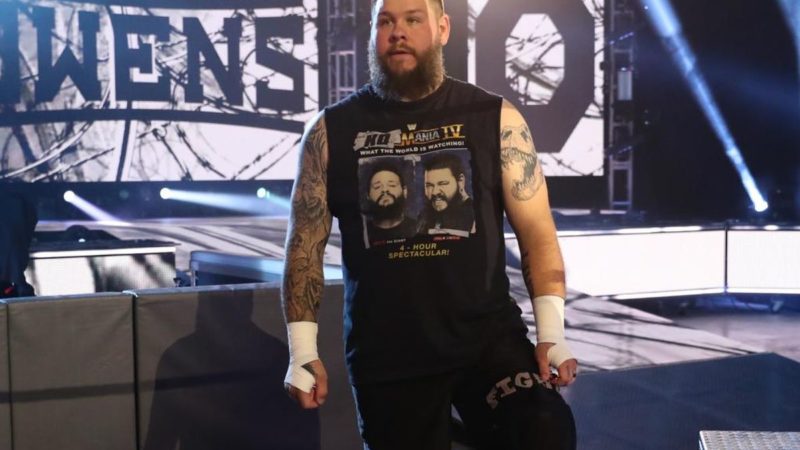 During a recent edition of the Dropkick podcast, former WWE superstar Maria Kanellis discussed how former WWE Universal champion Kevin Owens advocated for bringing in herself and her husband Mike Bennett, known to WWE fans as Mike Kanellis, and subsequently apologized for it. Sami Zayn ‘hated’ this surprising Kevin Owens match.

Kanellis told the host of the podcast: “Kevin Owens was fighting for us to come into WWE, he still apologizes, but the plan was to build Mike as a singles wrestler. Somewhere along the way, and I have a feeling it has a lot to do with him coming out with his addiction and then me announcing that I was pregnant. I think they just kind of took a step back from us and everything they wanted to do with us, but I say this to Mike all the time that the second week we were there, we were already dead in the water.”

In other news revolving around Kevin Owens, the former WWE United States champion recently discussed the possiblity of jumping off the prirate ship inside Raymond James Stadium during WrestleMania 37 in a recent piece with FOX Sports. Owens spoke to Ryan Satin and said: No, I want to do it. I can’t promise people that I’m going to do it because, you know, circumstances and whatever. But, I can promise everybody that I’m gonna try as much as possible to do it.

Continuing Owens stated: I’ll do my best. I’ll annoy anybody I can. I will get into anyone’s ear I possibly can. I will literally do everything in my power to get to the point where I can jump off that ship. But, even climbing up the ship, like, it’s already ready in my head. How I’m going to get up there, everything. I studied it. I did my research before I made that claim last year. So, I’m ready for it this year. Kevin Owens recently discussed the WWE Network ending.

Credit to RingsideNews and FOX Sports for the above quotes.