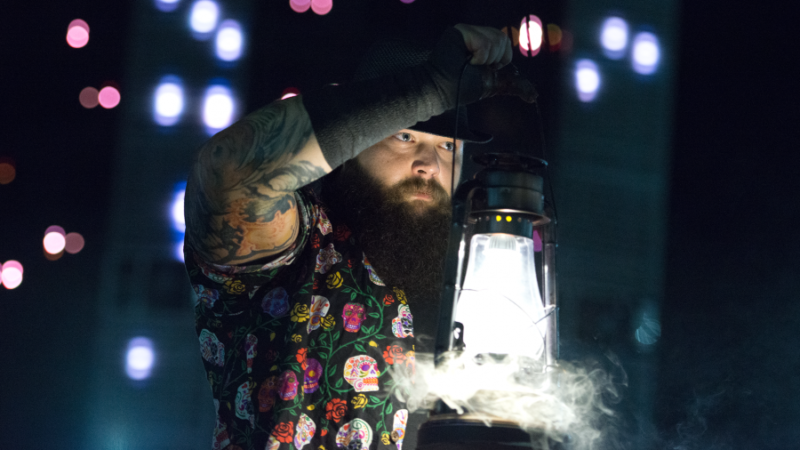 Reports of the former WWE Universal Champion Bray Wyatt possibly returning to WWE created a buzz. Wyatt reportedly had a flight booked for a WWE return at Clash at the Castle. It turns out his return to the square circle has been delayed. Meanwhile, fans were frenzied after last week’s episode of Friday Night SmackDown. WWE had seemingly teased Bray Wyatt’s return. However, it seemed that the rumor has been snubbed by WWE star Karrion Kross. Now, Billi Bhatti on Keepin it 100 has reported that Wyatt joining the company is a matter of time and he has 40-50 dates in his contract with Wyatt earning a whopping 3 million dollars a year.

Several fans on Twitter have noted that WWE has now released White Rabbit merch amid rumors of Wyatt potentially returning to the company, meaning if it’s Wyatt he’ll get a cut. During the September 16 episode of SmackDown, arena speakers played the iconic 1967 psychedelic rock song “White Rabbit” by Jefferson Airplane. Red lights were flashed and the crowd turned on their phones’ flashlights, similar to how it was done during Wyatt’s entrances.

Some fans in attendance believed that these occurrences are teasing the return of ‘The Eater of Worlds’. WWE had previously also dropped a tease, which could possibly for Wyatt. The former WWE SmackDown Women’s Champion Ronda Rousey also opened up on the rumors.

Speaking on a recent edition of Story Time with Dutch Mantell, the wrestling veteran stressed that this is the best way to build up Bray’s potential return:

Mantell added that he thinks it’s a brilliant idea and said this might be Wyatt’s plan as The Eater of The Worlds always has out-of-the-box ideas:

“I don’t know whose idea that was, but it’s a brilliant idea. Now they introduce Bray Wyatt with a whole new slant. This may be Bray Wyatt’s idea of himself because he thinks out-of-the-box. You’ve heard me say this. It’s not the first thing you do in an angle, it’s the second thing. So how do they follow this up?” Mantell added.