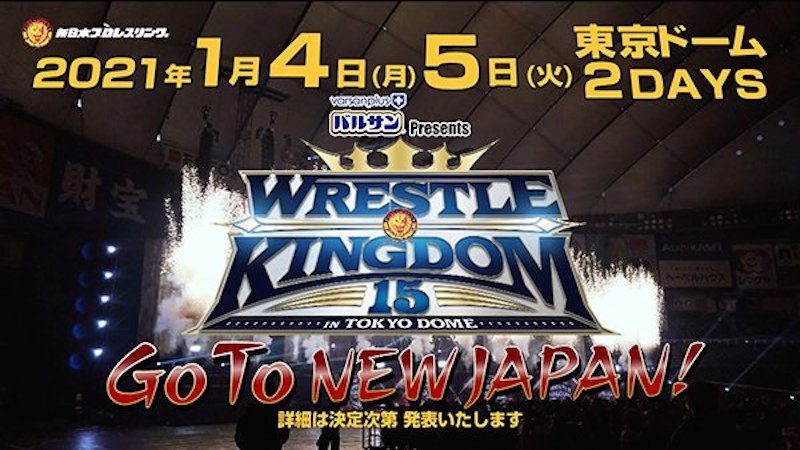 New Japan Pro Wrestling will be presenting their biggest event of the year on January 4th and 5th. Wrestle Kingdom 15 follows this year’s format in that it will be a two-day event.

With the global situation, namely the COVID-19 pandemic, it is unknown exactly how NJPW will be able to run events as we head into 2021. New Japan has been one of the only major pro wrestling brands to get a decent level of fans in the building over the past few months, due to the restrictions in Japan being less than those currently in the United States/North America.

The January 4th/5th shows will of course be held in the Tokyo Dome. In this weeks issue of the Wrestling Observer, Dave Meltzer would right that there are ‘various sets of plans’ in place for Wrestle Kingdom. This is specifically due to the travel restrictions for the likes of Chris Jericho and IWGP United States Champion Jon Moxley, who are of course currently based in the United States with AEW.

“The indication we are given is that there are various sets of plans for the Dome shows. Attendance is something that will likely be determined by the government and the Tokyo Dome, along with New Japan, based on conditions.”

Meltzer would also claim that there is still plans to be determined for the show due to the aforementioned foreign talent potentially not being able to gain access to the country. NJPW are known for their long term planning, so this is somewhat of a rarity for the biggest promotion in Japan and something that they will need to navigate going forward.

“No doubt Gedo [NJPW Head Booker] has the top stuff already booked, but when it comes to outsiders and regular foreigners, there is much left to be determined as opposed to Gedo having the show in his head at this point.”